Planting the seeds of success

To truly understand the values and business philosophy of Dot Family Holdings, it is important to know the story of Dot Foods.

Named after the Tracy Family matriarch, Dot Foods was founded in 1960 by Robert (“RT”) and Dorothy Tracy in the tiny rural town of Mt. Sterling, Illinois. With eight young children (and four more to come), RT and Dorothy set out to achieve the American Dream and began what would one day become the international food redistribution business Dot Foods is today.

The Company began as a distributor of milk powder, servicing dairies in the Midwest. RT’s original fleet consisted of the Family’s station wagon and a Cessna 140 airplane. All of the Tracy children served as early employees in RT and Dorothy’s budding enterprise.

As the food manufacturing industry consolidated, Dot Foods moved into foodservice distribution, establishing the “redistribution” model the Company employs today. This set the stage for Dot Foods’ future growth and success. The Company has since expanded into all retail food channels. Today, the Company continues to grow, expanding its geographical reach and constantly adding to Dot’s product offering. 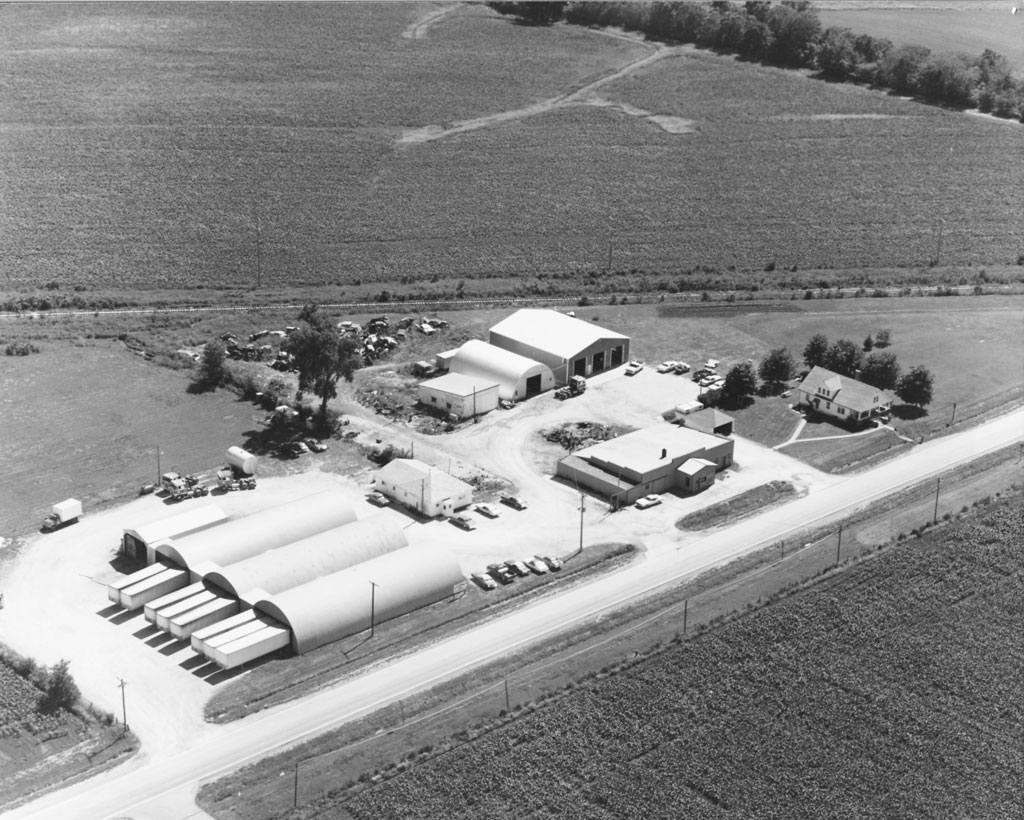 Establishing a culture of value-driven growth

As in the beginning, Dot Foods remains a family business today. Second generation Tracys serve in key leadership positions, such as Executive Chairman, CEO and President. And many third generation family members have joined the business as well. The Tracy Family takes a focused, professional approach to growing Dot Foods and maintaining the structures necessary to support future growth. We have created governance models and processes that provide a foundation from which to continue the Company’s success as well as the Family’s success. We put a great deal of emphasis on thoughtful strategic planning. And we hold each other accountable to reaching the lofty goals we set for the business.

The family values instilled by RT and Dorothy underlie Dot Foods’ disciplined approach to business and must be credited for much of the Company’s success. Integrity, a sense of family, professionalism in everything we do, an ongoing appetite for learning, and true respect for every individual’s contribution were and are bedrock values of the Tracy Family. Family members have relied on these values as a guide in both their personal and professional lives.

Today, Dot Foods operates from 14 locations across North America and employs 5,400 individuals. In 2017, Dot Foods achieved $7.1 billion in sales. We have attained the current scope and scale of our business while maintaining and growing Dot Foods’ profitability. Since the mid-1980’s, Dot Foods has averaged double-digit sales growth AND earnings growth annually. 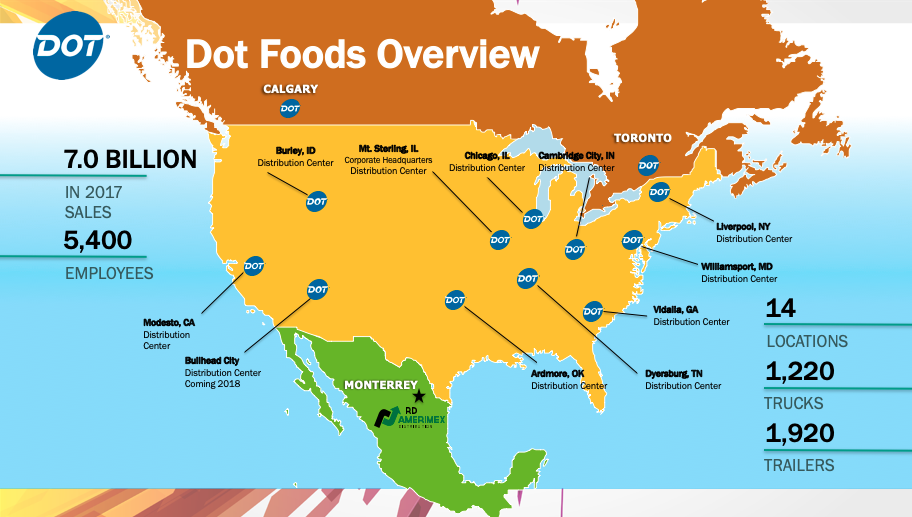 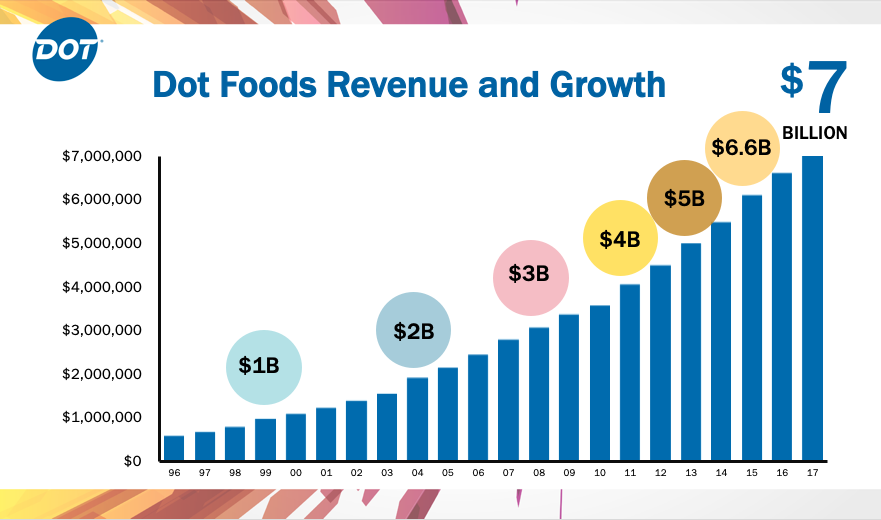 This hard-earned success has not satiated the Tracy Family’s appetite for growth. At Dot Family Holdings, we are looking to acquire companies that are leaders in their niche with strong industry growth prospects. And we want to partner with management teams that are excited to grow their business. No two businesses are the same and, as such, we realize there is no one way to succeed. We want to work with management to determine the best avenue to achieve growth, while maintaining the company’s values.